It’s now only couple days before the Amani Festival and it’s time for our final update before Saturday.

So we want to tell you a little about the background to African music and culture so that you can fully appreciate what you see and hear on the day.

When we talk about African music and culture, it is not always straightforward due to the way African people have become dispersed throughout the world, on account of the slave trade and other migrational factors. For this reason, African culture appears in surprising places and is fused with many other musical and ethnic influences.

The Amani Festival programme reflects this. For example, we have two headline acts who may not at first appear to reflect African culture to the uninitiated. Golty Farabeau is an African musician from the Seychelles who sings reggae music as well as his native Sega. Many people may be surprised that we have included reggae in the programme because they associate it with the Caribbean, but Reggae’s roots stem from the historical conditions of both Jamaican slavery and colonialism by different nations.   Most Jamaicans are descendents from Africa, brought by the English to Jamaica to work as slaves. 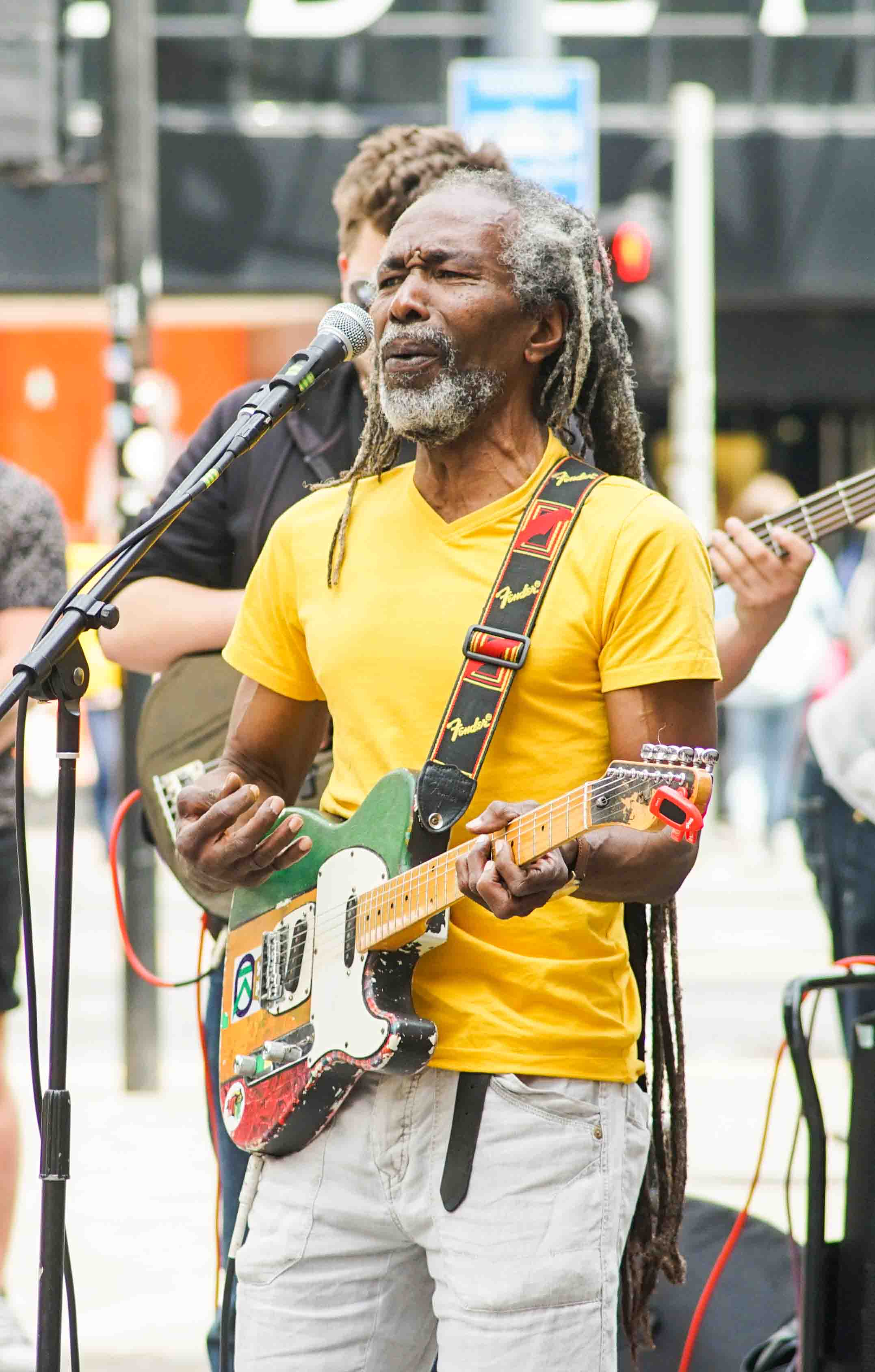 Similarly, the Amani Festival has also added Afro Cuban band, Café con Leche to its programme. The music of Café con Leche is essentially AfroCuban salsa. The term Afro-Cuban refers to Cubans who have ancestry in the former Kongo Empire or whose heritage is West African, as well as to historical or cultural elements in Cuba thought to emanate from the above community. The term can also refer to the combining of African and other cultural elements found in Cuban society such as race, religion, music, language, the arts, and class culture.

We have programmed the young African Gospel band, Discovery, who will be performing African gospel music. You may be surprised that this doesn’t sound like Western gospel music, as it includes a lot of different Western musical genres, such as R&B, as well as the traditional African rhythms of musical genres such as the Congolese Soukous and Rumba.

Also included in our programme are British musicians performing African music. As you know the British have a longstanding relationship with Africa and we cannot ignore the fact that many British musicians love African music and wish to share its genres and traditions. The English duo Koranimbalafo are Andy Garvey and Jonny Hodgkinson, who both trained in West Africa. Andy plays the Balafon as his main instrument and Jonny, the Kora, although the latter’s interest began with lessons in Djembe drumming and dance. Both musicians are active in the local world music scene and Johnny also plays rhythm guitar in UK-based African bands, The Kajamor Family and Kalakuta.

Zamani is a collective of Manchester musicians who fuse elements of jazz, classical and southern African music. Led by guitarist, Hugh Peters, who developed a keen interest in African music as result of time spent in Zimbabwe and who has composed much of Zamani’s highly danceable Afropop, the line-up also includes Helena Summerfield on saxes and flute, Amani Creatives’ own Tagné Tebu on percussion, and session bassist Bo Lee.  Zamani is a Swahili word translating roughly as ‘long ago’, and the band’s repertoire unites many different musical traditions.

Amani Creatives Community Choir brings all cultures together and for the festival they have also been collaborating with The Sacred Trinity Church Choir, which is also open to anyone who wants to sing with other people.  Both choirs meet on a weekly basis and share the ethos that you don’t need to be an experienced singer to join, because everyone learns together in an enjoyable way.  Ask at the festival if you’d like to join either choir.